On the 5th of September we were honored by the visit of Beru Khyentse Rinpoche, who gave on this occasion various reading transmissions (lung), teachings as well as numerous interviews also for people coming from far away.

Also on that day he received the auspicious visit of Tulku Pema Wanggyal Rinpoche and his brother Jigme Khyentse Rinpoche from the nearby Nyingma Dharma center.

Later on Beru Khyentse Rinpoche went to see the practitioners in the Drubkang where he gave advices and practiced together with them.

There was an unceasing stream of visitors and Rinpoche took time for all of them until the night fall.

On the following morning we had to say farewell as Rinpoche was leaving for Paris and other countries, but his blessings remained. 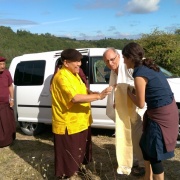 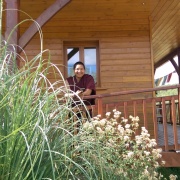 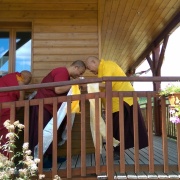 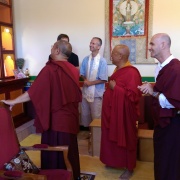 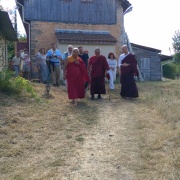 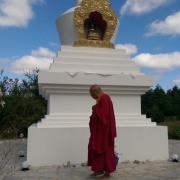 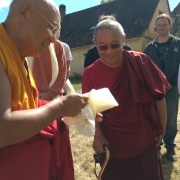 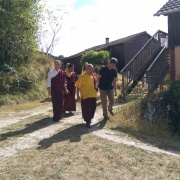 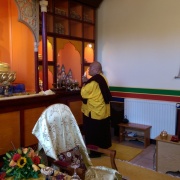 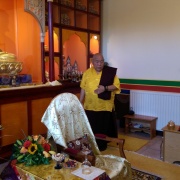 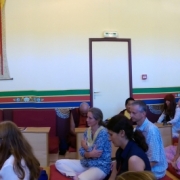 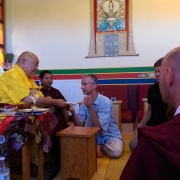 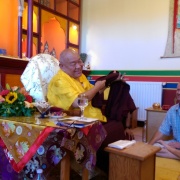 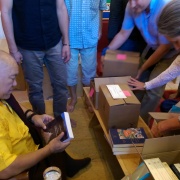