A Drubkang is a retreat building where people can practice meditation intensively in a strict and closed manner.

From 1999 to 2010, three cycles of 3-year-retreat took place in Dedrol Ling. These groups were guided by Lamas Henrik and Walli who were assisted by Druplas Stephane and Marlene for the ritual aspects.

The necessary empowerments were given by Shamar Rinpoche, Beru Khyentse Rinpoche and Lama Jigme Rinpoche. Karmapa Thaye Dorje has been visiting the people in the Drubkang regularily during this time.
The first traditional 3-year-retreat started in 1999. Before this group of practitioners could start, they had to transform the old stables into a Drubkang with all the required facilities.

In 2002 a second and larger group extended the Drubkang by constructing a second building with additional rooms and a bathroom. The second retreat cycle lasted from 2003 to 2006.

Both groups did the traditional 3-year-retreat program.

Meanwhile, a new cycle with a modified program was done by a third group of practitioners between 2007 and 2010. In this foundation retreat, which also lasted three years and three months, they intensively practiced the preliminary practices (Ngöndro), Bodhicitta (Lojong), Guru Yogas as well as Shiné and Lhaktong.

In 2011 a one-year-retreat took place with focus on Ngöndro and Shiné and Lhaktong.

From 2012 to 2015 the Drubkhang has been used for different retreat periods which varied between 6-8 months per year.

In the summer of 2015, a retreat cycle of 15 months started with a group of eight people practicing Dorje Pamo.

In 2017 a new retreat cycle started under the guidance of Lama Walli and Drupla Michi, as well as that of Gendün Rinchen, who visits regularly. 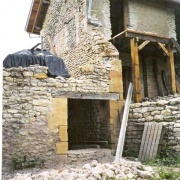 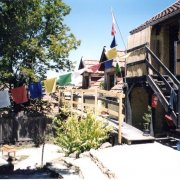 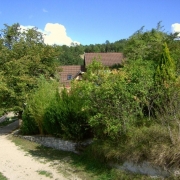 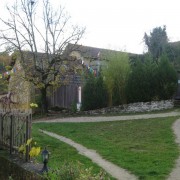