On September 23, 2019, we rounded off this year’s phase of activity, teachings and practice with a fantastic highlight, as Dhagpo Dedrol Ling received a visit from His Holiness the 17th Gyalwa Karmapa, Trinley Thaye Dorje.

Over a hundred members of the extended famille Marfonnaise gathered, including Gendün Rinchen, many Khenpos and Dhagpo Lamas and our resident Lamas and Druplas, all waiting joyfully for Gyalwa Karmapa’s arrival. When the big moment came we were immediately swept up in the flow of his ceaseless activity.

After he blessed each one of us, we packed into our temple hall, where Lamas Walli and Chris asked His Holiness for guidance on the center’s activities. Gyalwa Karmapa emphasized the importance of education, including the study of classic texts such as Ju Mipham’s Gateway to Knowledge and Maitreya’s Gyü Lama.

Referring to the “taste” we got from the generation of realized meditators like the previous Gendün Rinpoche, he said:

“We got a taste of it, but: we need to learn how that delicious meal is being made. When we eat it, of course it’s wonderful, because it’s been catered and put together by experts, like real chefs. But, soon we really realize that we need to learn how to make this meal ourselves. That is the stage we are in in most parts of the world.”

Next, His Holiness blessed the new statues on our shrine, representing Shamar Rinpoche and Gendün Rinpoche. He said about the rice used in the consecration:

“These grains basically symbolize wealth, and also seeds. When the grains are thrown, the symbolism is that a multitude of seeds are being planted. And in that moment, the one who throws is supposed to think, or supposed to meditate, that in every single grain and every atom there are countless, countless mandalas of pure lands. Which is very much the case, actually!

For example, when we die, we’re trying to think of the pure land. Its impressiveness, size and details, are described for example in the Samantabhadra Prayer: on one single grain there is a whole universe. It’s like that. So when we die, we’re not really going somewhere, physically, the way we think. Because “going somewhere” is of course completely made up with words and we’re not really going anywhere.”

After this, His Holiness entered the Drubkhang, where he spoke with the practitioners and gave them important reading transmissions for their continuing retreat.

Next, we all followed His Holiness up and down the valley, as he went to bless the new retreat houses. The Karmapa’s warm smile and caring interest in our activities mingled seamlessly with the autumn sunshine and the confident joy of the assembled sangha, thus creating a magical atmosphere of auspiciousness and perfect harmony.

Finally, although the visit seemed to last a joyous lifetime, the time came for His Holiness to depart Marfond. He accepted a baguette au fromage for a late lunch on the road and posed with all of us for group photographs (which you can find, with many other pictures documenting the day, on Karmapa-News.org).

As we waved Gyalwa Karmapa goodbye and Dhagpo Dedrol Ling began closing down again for its yearly months of retreat, we all felt deeply blessed, profoundly grateful, and renewed in our intent to take part in His Holiness’ vast activity for the benefit of all beings. By the traditional practices of study, contemplation and meditation, and always, to borrow his own words: by doing our best with a warm heart.

[text and poem by Frank] 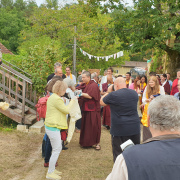 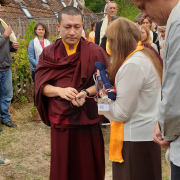 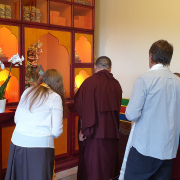 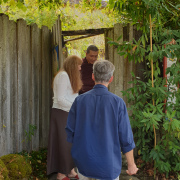 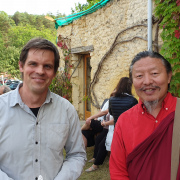 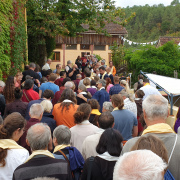 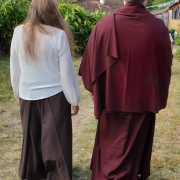 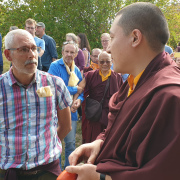 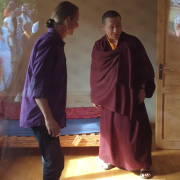 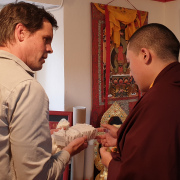 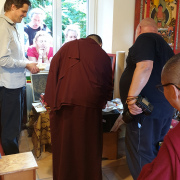 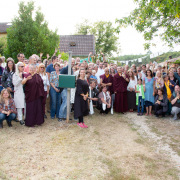 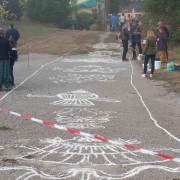 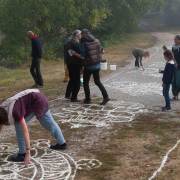 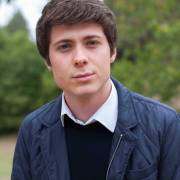 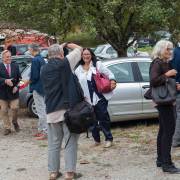 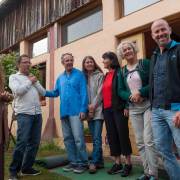 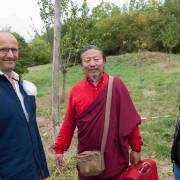 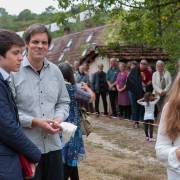 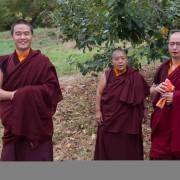 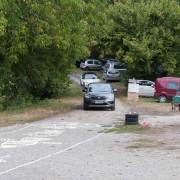 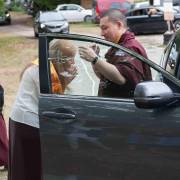 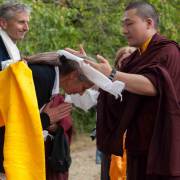 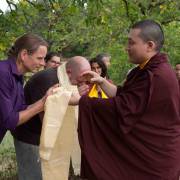 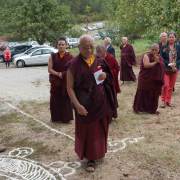 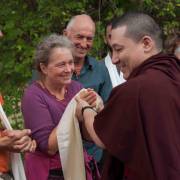 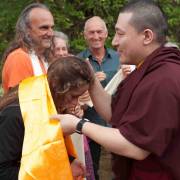 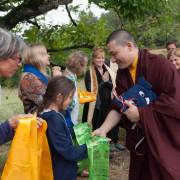 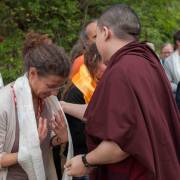